5 Truths About Writing a Series – How Fenella Became a Star 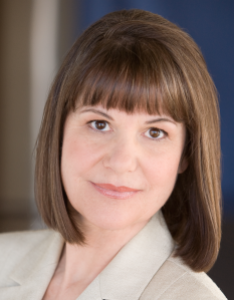 I’m delighted to have Barbara Kyle on the blog today. I had the pleasure of meeting Barbara – a writer of historical fiction and contemporary thrillers – online before meeting her in person at one of her marvellous writing workshops. Today she’s giving us tips on writing a series. Having read several of her books, including The Queen’s Exiles, I can vouch for the compelling nature of the characters she creates. Thanks for sharing your advice, Barbara.

Just like, as TV viewers, we eagerly welcome the same characters into our living rooms week after week, be they the elegant aristocrats of Downton Abbey or the bloodied denizens of Game of Thrones (perhaps, like me, you’re a fan of both), readers feel the same about book series by master storytellers like Diana Gabaldon and Bernard Cornwell. We get to know the continuing characters so well we can’t wait to find out what happens in the next book.

What happens in the next book can sometimes surprise the author. The surprise for me was Fenella Doorn. 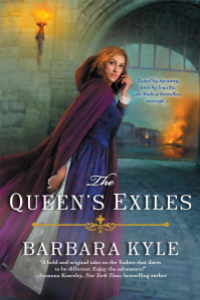 Fenella is the heroine of my latest historical thriller, The Queen’s Exiles. She’s a savvy Scottish-born entrepreneur who salvages ships. This is the 6th book in my Thornleigh Saga which follows a middle-class English family’s rise through three tumultuous Tudor reigns.

In Book 4 Fenella played a small but crucial role in the plot, and then I kind of forgot about her. She didn’t appear in Book 5. But when I was planning Book 6 she sneaked up on me.

Fenella is a determined, passionate, courageous woman, and also rather cheeky—she insisted that I include her in the new story. She reminded me that she’d had past connections with two exciting men in the series, Adam Thornleigh and Carlos Valverde, which promised some dramatic sparks.

So, I did more than include her in the new book. I made her its star.

That can happen when you write a series —a secondary character can take over. I was glad Fenella did. She offered me an opportunity to create a complex, admirable woman who doesn’t fit the ingénue heroine so common in historical fiction.

She’s not a young thing; she’s thirty. She’s not a pampered lady; she rolls up her sleeves running her business of refitting ships. She’s attractive but not a smooth-faced beauty; her cheek is scarred from a brute’s attack with a bottle ten years ago. And she’s not a virgin; she was once the mistress of the commander of the Edinburgh garrison (he of the bottle attack).

In other words, Fenella is my kind of woman.

But making her the star of the new book in my series meant some serious recalibrating. How could I fit her into the Thornleigh family? Writing a series opens up a vista of opportunities but also a minefield of traps. I’ll share with you five Big Things I’ve learned in writing a series.

An author can’t assume that readers have read the previous books in the series. My agent, Al Zuckerman, always reminds me of this when I send him the outline for a new book in the Thornleigh Saga: “Many readers won’t know what these characters have already been through,” he wisely points out.

So, each book has to give some background about what’s happened to the main characters in the preceding books, enough to bring new readers up to date. However, you can’t lay on so much backstory that it bores readers who have followed all the books. Getting the balance right is tricky.

I like the way episodes in a TV series start with a helpful recap: “Previously on Downton Abbey…” It’s perfect: it refreshes the memory of viewers who’ve seen the previous episodes, and is just enough to tantalize those who haven’t and bring them up to date. I wish I could have a plummy-voiced announcer give a recap at the beginning of my Thornleigh books! The point is, each book in a series must stand on its own. It has to be a complete and satisfying story for any reader.

Before writing full time I enjoyed a twenty-year acting career, and one of the TV series I did was a daytime drama called High Hopes. (That’s me on the cover of TV Times.) The writers on that series kept a story Bible: a record of the myriad details that had to be consistent from show to show concerning the dozens of characters. It’s a wise practice for the writer of a series of novels, too.

My Thornleigh Saga books follow a family for three generations, so it’s easy to forget facts about a character that were covered four or five books ago. That’s why I keep a Bible that records characters’ ages, occupations, marriages, love affairs, children, ages of their children, homes, character traits, and physical details like colour of hair and eyes . . . and missing body parts! Richard Thornleigh loses an eye in Book 1 of the Thornleigh Saga, The Queen’s Lady, yet in creating later books I would often start to write things like, “His eyes were drawn to . . .” So I keep that Bible near.

When I had a brute cut Fenella Doorn’s cheek in Book 4, The Queen’s Gamble, I never expected Fenella to reappear in a future story. Two books later, when I brought her back to star in The Queen’s Exiles, I could not ignore the fact that she would have a sizable scar on her cheek. So I decided to use that scar to enrich her character.

She had been a beauty at eighteen, relying on men to support her, but when her cut face marred her attractiveness she realized that it was now up to her to put bread on the table and clothes on her back. I made her aware—even grateful— that the scar freed her from the bonds of beauty; it made her independent. And she became a successful entrepreneur.

It’s hard for readers to believe that a hero can fight off bad guys like a young stud if the decades-long timeline of the books he appears in make him, in fact, a senior citizen. J. K Rowling was smart. She let Harry Potter and his friends grow up.

I’ve enjoyed doing this with my characters. Through six books I’ve taken Honor Larke from precocious seven-year-old to astute grande dame as Lady Thornleigh. Her step-son Adam Thornleigh’s first big role was in Book 3, The Queen’s Captive, where he was an impetuous young seafaring adventurer, but by the time of Book 6, The Queen’s Exiles, Adam has become a mature man, a loyal champion of his friend Queen Elizabeth. He has been through a loveless marriage, adores his two children, and falls hard for Fenella.

Each book in a series must be a stand-alone story, with an inciting incident, escalating conflict developments, and a satisfying climax. But if, after the climax, the author can end each book by opening up a new, burning question for the characters, it sets up the conflict that will be tackled in the next book. Readers then really look forward to getting the next in the series.

I’m glad that lowly Fenella Doorn insisted I feature her in The Queen’s Exiles. Many readers have told me they love her.

Fenella is a star.

Barbara Kyle is the author of the acclaimed Thornleigh Saga novels and contemporary thrillers. Over 450,000 copies of her books have been sold in seven countries. Her new novel, The Traitor’s Daughter, will be released in May 2015. Barbara has taught writers at the University of Toronto and is known for her dynamic workshops for many writers organizations and writers conferences. Before becoming an author she enjoyed a twenty-year acting career in television, film, and stage productions in Canada and the U.S. Visit www.barbarakyle.com where you can watch an excerpt from her popular video series “Writing Fiction That Sells.” Registration is now open for her Spring Writers Retreat in Guelph, Ontario in April 2015 featuring workshops with Barbara and her guest, bestselling author Robert Rotenberg.