I’ve written before of the bits of treasure unearthed as Mom and I cleared out her condo — letters and photos and mementos from long ago. Someone treasured them then – my father, stepfather, grandfather, mother, grandmothers – and now a few of them rest in my home. My own children will no doubt wonder at their significance in some distant moment in time. Such is the cycle.

On January 2, 1950, Life magazine published a special issue, their mid-century issue titled American Life and Times 1900-1950 for the cost of 20 cents. Life’s editorial team chose to document the half-century mark with topics such as The Golden Years Before the Wars, High Society’s High Jinks, Small-Town Life, The Last Gold Rush, Acceleration of Science, an article on Rudolph Valentino titled The Great Lover, Early Advertising, an immigrant story, The Audacious  Americans, and The Killer with the Golden Fists (Jack Dempsey).

What intrigued me most, though, was Fifty Years of American Women. Irritated is a better description. I might even use the word ‘pissed off’ but you know I rarely use such terms. Fifty Years of American Women is by Winthrop Sargeant, a man Life describes as “its most philosophical and prejudiced writer”. In this admittedly tongue-in-cheek article, Sargeant suggests that “women are getting neither better nor worse, but that they go through cycles of civilization and decline very much like the cycles of history described by Arnold Toynbee and Oswald Spengler. According to this theory, the rise of feminine civilizations seems to occur in response to a challenge … [in this case] war and war psychology.”

“The first civilization, a product of the Spanish-American war, was that of the Gibson Girl … she had dignity, a quality woman always has during periods of civilization and that she rapidly loses in periods of decline.”

I won’t go on. The article is way too annoying. Why on earth Life chose to comment on what women had achieved in fifty years with this sort of drivel makes me shake my head. But wait – perhaps there’s a clue. The executive team, board of editors, staff editors and all but two assistant editors – 40 people in total – were men. I bet they thought it was funny.

When I decided to include a wedding in my upcoming novel Lies Told in Silence, research was my first thought. What were the etiquette and customs for French weddings and what might the wedding dress look like.

NJS Wedding Shop, a source of vintage gowns, provided a long article on French wedding traditions and customs. Here are some tidbits:

The French custom of the all-white wedding gown had been introduced with Anne of Brittany, daughter of Francis II. She wore white at her third marriage in 1499 to Louis XII of France. However it did not come into popular vogue before the 19th century. Along with the impact of neo-classic fashion, brides from French aristocracy and bourgeoisie are reported to wear all white dresses, trimmed with golden or silver embroidery. Major social weddings such as described by the gazettes, from then on, were always seen in white. The elaborate styling of modern wedding gowns is attributed to Empress Eugenie, her wedding to Napoleon III in 1853.

Good to know I could have my character in a white wedding dress.

What about the wedding ceremony?

In a church filled with incense and flowers, the couple stands beneath a silk canopy. A predecessor of the veil, a square of silk fabric, carre, is held over the bride and groom as the couple received the priest’s final blessing. They [the squares of silk] were designed to protect the couple from descending malice. The same veil is used for the baptism of their newborn child.

Aha! A unique bit of historical detail to include.

At another site, World Wedding Customs (a site that seems to have disappeared), I found other details. The word trousseau originally meant bundle of linens or clothing.

French brides-to-be receive the credit for the idea of the trousseau, originally a collection of clothing and household linens stored in a hope chest or elaborately carved armoire. The armoire was designed to become a central piece of furniture in the household of the newlyweds.

The armoire would be carved with symbols of wealth and prosperity. Presto! An armoire was added to my scene.

Of course, there are other interesting customs which I was unable to incorporate. On the matter of champagne:

The French often hire a professional champagne opener for weddings. This expert uses a saber, a Napoleonic cavalry-style sword, to whack open bottles of celebratory champagne.

And the wedding cake?

The croquembouche has been the traditional French wedding cake since the 1600s. The ‘mouth cruncher’ is a golden dream consisting of a pyramid of cream puffs covered with hard-crack sugar and then spun, lightly caramelized sugar. The concept originated from an earlier time when guests would stack little cakes and call for the newlyweds to kiss over the stack without disturbing it.

I have a few photos of wedding dresses to include in another post.

One of the most visited posts on A Writer of History is WWI Fashion so I decided to do a second post and a deeper dive into the factors influencing fashion before and during the war. Here’s some of what I found.

La Belle Epoque sets the stage: The age preceding WWI is referred to as La Belle Epoque in France and the Gilded Age in the United States. In Britain the period coincided with late Victorian times and the Edwardian era, in Germany it was the time of Kaiser Wilhelm II and in Russia, Alexander III and Nicholas II reigned. Peace and prosperity characterized this period and all aspects of the arts flourished. France was a centre of global influence and considered a leader in education, science and medicine.

France’s Third Republic was a period of strengthening democracy. It was also a time of social and education reform with a move to educate women in order to reduce the influence of the Catholic church.

In Britain during the years before the war, protests rumbled beneath a surface calm, trade unions demanded the right to strike, socialists wanted to nationalize property, Ireland desired home rule. The privilege and political power of the aristocracy were under attack and a more leisured middle class was emerging with some disposable income. 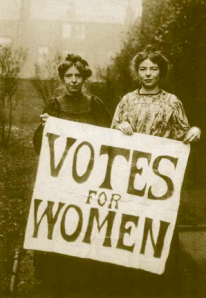 Women’s Suffrage instilled new attitudes: As women sought to have a voice on the political front, they developed new views on what a woman was capable of doing. This prompted a move to slimmer, less restricted silhouettes in terms of clothing and led to the female equivalent of suits, split skirts and even trousers.

Technology also played a role: New technologies like the automobile, the telephone,  and cinematography changed how people communicated and the ease with which people and ideas travelled. Mass production techniques enabled clothes to be produced more readily and less expensively.

Paris was the centre of fashion: During La Belle Epoque, fashion designers like Worth and Poiret emerged and fashion began to move in a yearly cycle. These designers experimented with new styles, fabrics and colours, and found inspiration from other cultures. Earlier, individual tailors and seamstresses made clothing for those who could afford their services while others sewed their own clothing.

With the rise of fashion designers came women’s magazines like La Gazette du Bon Ton, Weldon’s Ladies Journal, Harper’s Bazar and La Vie Heureuse. Not only did these magazines display the latest fashions but they also promoted women’s new found sense of equality, writing articles and picturing the ‘modern woman’ in bolder pursuits like mountain climbing and skiing. Such magazines promoted new looks, and pattern-makers and retail stores adapted the new styles for the general public. The corset and S-curve disappeared to be replaced by a leaner silhouette and narrower skirts. Clothing changed to suit the new crazes of cycling and motoring. Women began to wear breeches for riding.

For more information, the Toronto Public Library presents an interesting look at the Gilded Age of Fashion.

Department stores brought fashion to people from all classes – although Le Bon Marche was originally built in 1838, by 1852 its wide variety of goods was arranged in departments in such a way that consumers were brought into direct contact with sought-after goods at reasonable cost. Other department stores like Grands Magasins Dufayel and La Samaritaine or Selfridges in Britain came on the scene and increasingly women formed the workforce at these stores.

So what do we have? A time of prosperity and stability, new ideas about women’s roles in society, women with more education, women in the workforce requiring more practical clothing. Department stores selling what today we would call knock-offs of designer fashion along with magazines prompting awareness of the latest fashion.

And then war broke out: During the war itself, women readily took on many traditional male roles. As a consequence, skirts shortened to suit these jobs which led to shoes with higher heels rather than ankle-length buttoned boots that looked odd with shorter skirts. Women’s trousers appeared, wider more practical skirts emerged instead of the very narrow skirts worn in the later years in La Belle Epoque. Dye shortages and fabric shortages led to a more utilitarian drabness in clothing; economics and social attitudes led to less formal attire. Bicycles and motorcycles as a mode of transport led to tailored suits and breeches.

Not surprisingly, military styles for coats and capes emerged as did the adaptation of the Russian soldier coat with its straighter cut and cord or sash around the middle. Cloth was expensive so styles with voluminous skirts or overskirts gave way to more utilitarian and economical lines. “After all, it is clearly a woman’s duty to keep herself well dressed, though it may be on a slightly more economical scale than usual. [Source: the archives of The Guardian]

Again, not surprisingly, styles included a prevalence of black. “A very economical and becoming item for home wear is a simple blouse and tunic of black taffeta”. Such an item could be worn over skirts. [Source: The Guardian archives]

Coco Chanel became influential. She believed that, “Woman could be active and still remain elegant. She put this philosophy into her designs, shortening skirts and using jersey in womenswear … Her dresses stressed the new social role played by women, incorporating simplicity and masculinity.” [Source: Eurbanista] “Chanel’s uncluttered styles, with their boxy lines and shortened skirts, allowed women to leave their corsets behind and freed them for the practical activities made necessary by the war.” [Source: Metropolitan Museum of Art]