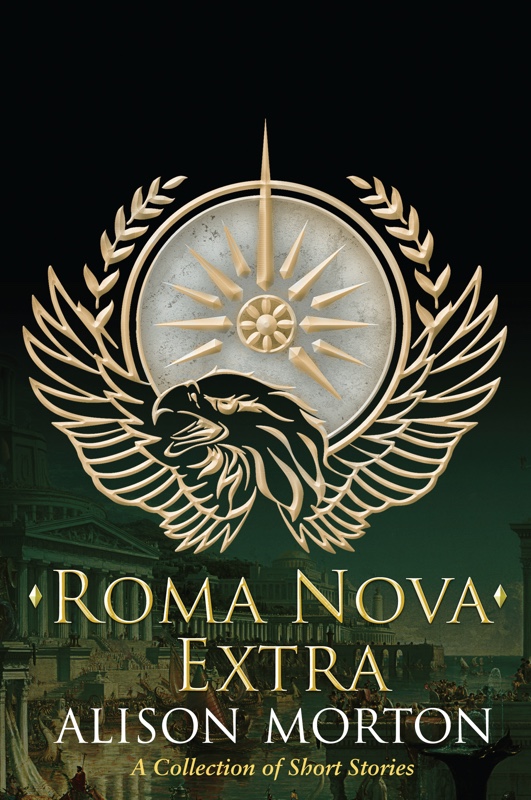 Alison has dropped by today to provide the background for Roma Nova Extra, an exciting series of short stories.

A short story: From 1066 to Roma Nova by Alison Morton

After publishing six full-length novels in the Roma Nova alternate history series where I could let my characters, plots and twists run wild, (in a disciplined and targeted way, of course 🙂 ), I was asked to contribute to an anthology of alternative history short stories centred on 1066.  I was on the point of refusing; most of the other authors were medieval or Conquest specialists – what did I know? And I wasn’t very comfortable writing such a short form of fiction. But, as a writer whose fictional world was nothing but alternative history and one who wrote and talked about it in theory and practice, how could I refuse the biggest ‘what it’ of English history? And how wonderful to have an eleventh century Roma Novan female envoy clash with the macho society of William of Normandy?

With a word count maximum of 5,000 – I nearly fainted with delight at that length – I would not feel too pinched and prodded into a tight frame. In the meantime, I had a mountain of research to do. Roma Nova traded with Saxon England but never with Normandy. It was terra incognita for both me and Galla Mitela, my heroine. I spent hours looking up early transport routes, the landscape of the River Seine (Sequana) the town of Rouen (or Rotomagus as Galla called it), the social, legal and economic dynamics that fell a long way below that of Rome as continued in Roma Nova. And into all that, I had to weave a story of how Galla could possibly have stopped the Norman invasion.

1066 Turned Upside Down produced by nine authors was published and is still selling well. My short story barrier was broken. But short stories of my own? In the end, curiosity bit me. I’d always enjoyed giving the characters in my novels their own backstory as it illuminated how they became the characters they were. I’d wanted to explore incidents in my characters’ lives, delve back into Roma Nova’s earliest days and find out what happened to characters after the main trilogies ended.

ROMA NOVA EXTRA sprang into life. Well, possibly lurched in fits and starts. But this is the huge advantage of writing short stories; each one can be drafted individually in a relatively short time. Of course, the real work starts with the first revision! Seven of the eight in this collection range from 3,000 words to 10,000. At 18,000 words, the eighth story was originally going to be a separate novelette, but it seemed the perfect complement to the others. Together, they cover a historical range from AD370 to 2029, but they focus on people.

Some are love stories, some are lessons learned, some resolve tensions and unrealistic visions, some are plain adventures, but above all, they are stories of people in dilemmas, in conflict, in trouble and their efforts to resolve them. Oh, and there are a few surprises…

What is a short story?

Merriam Webster defines it as ‘an invented prose narrative shorter than a novel usually dealing with a few characters and aiming at unity of effect and often concentrating on the creation of mood rather than plot.’

I’d add that typically it can be read in one sitting and can also focus on a self-contained incident or series of linked incidents. Modern short stories only occasionally have an initial exposition, more typically beginning in the middle of the action (in medias res).

Other characteristics of a short story:

However, as with many forms of writing, there are many exceptions to these ‘rules’!

Short stories have deep roots and the power of short fiction has been recognised in modern society for hundreds of years. William Boyd writes in Prospect Magazine:

‘The short form is, conceivably, more natural to us than longer forms: the anecdote that lasts several hours is going to find its listeners drifting away pretty soon. The stories we tell to each other are short, or shortish, and they are shaped….The well-told story seems to answer something very deep in our nature as if, for the duration of its telling, something special has been created, some essence of our experience extrapolated, some temporary sense has been made of our common, turbulent journey towards the grave and oblivion.’

A taster of the ROMA NOVA EXTRA short stories…

Lucius Apulius, a military tribune in the dusk of the Roman Empire, is posted in AD 370 from a plum staff position to a Danube backwater. The reason? Wrong religion.

His indirect descendant, Allegra Mitela, a tough 21stcentury Praetorian, struggles with her identity and emotional life.

How did the eighteen-year-old Imperatrix Silvia, exhausted and lonely after the liberation of Roma Nova in the 1980s, meet her Italian husband?

And what was the ancient mystery uncovered by Conrad and Carina during their ‘Roman holiday’?

Readers of INCEPTIO, PERFIDITAS, SUCCESSIO, AURELIA, INSURRECTIO, RETALIO and CARINA will be familiar with many of the characters., but it’s not essential by any means as the stories are complete in themselves. However, I hope readers new to Roma Nova may find these glimpses intriguing enough to read some of the longer books.

Many thanks, Alison and best wishes for Roma Nova Extra.

ROMA NOVA EXTRA is available on Kindle, Kobo, B&N Nook, Apple/iBooks and in paperback from you usual online and physical bookstores.