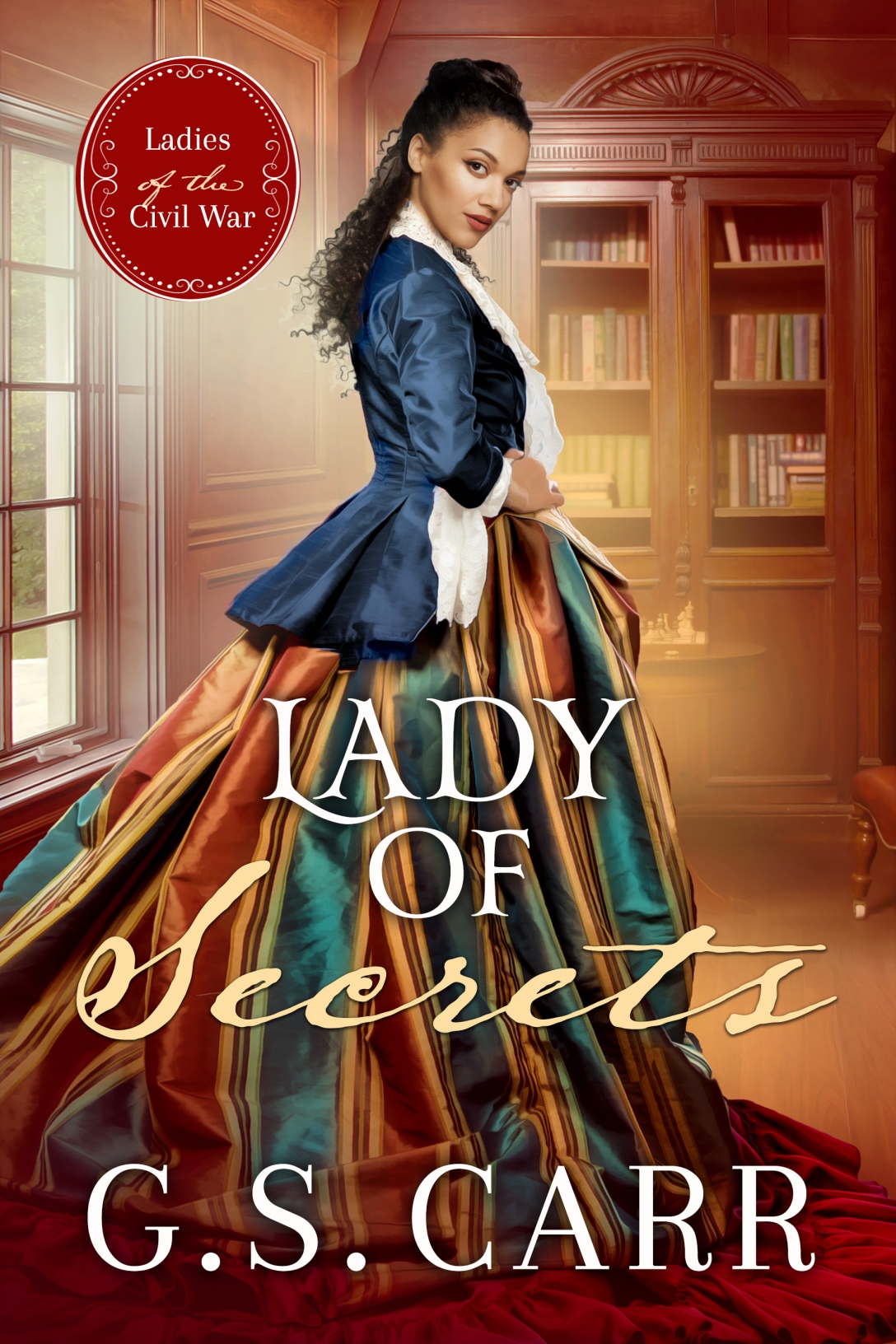 Author G.S. Carr provides the backdrop for a series she’s written about women of the Civil War. She’s also written The Cost of Love series and one book in Westward Home & Hearts series. When not crunching numbers and gushing over spreadsheets, she’s creating stories. Her tagline is Heart, hope and love to last through the ages. Many thanks for visiting today, GS.

Women have been kicking butt and taking names for centuries. They have defied cultural and societal expectations, resulting in many great feats of courage and changes to our world on both a micro and macro level. In honor of the many wonderful women of the past that have laid the groundwork for where we are today and where we will go in the future, I wanted to create a historical romance series based on a set of brave women, fighting for a set of principles they believe in.

This is how my newest series Ladies of the Civil War came to be. While watching a documentary about the Civil War with my husband I heard a brief mention of a woman who was in the Andersonville Confederate prisoner camp. Needless to say, that inspired me to embark on a research road trip. It was such a great experience being able to drive down to Georgia and visit the historical Andersonville site. Below is a picture I took of what the fort looked like while in use.

During this trip not only did I leave with a new respect and deeper understanding of what many male soldiers went through. I also learned about some of their brave wives who accompanied them in the encampments. Now for those of you who are history aficionados this may not be news to you. But for this young lady who barely made it out of high school U.S. History, my mind was blown (writing historical romance has sparked my now love of learning about history).

Also during this trip, I found a gem of a book titled, They Fought Like Demons: Women Soldiers in the American Civil Warby DeAnne Blanton and Lauren Cook Wike. If you’ve never read this book, I highly recommend it. It helped to further expand my understanding of the various roles women assumed during the Civil War. From spies, to nurses, to soldiers, and much more, they were amazing. The book highlights several women who disguised themselves as men to fight in various battles. For example, Sarah Emma Edmonds, who went by the alias Pvt. Franklin Thompson and served with the 2ndMichigan Infantry.

During further research I found out about a woman named Cathay Williams. She enlisted in the Army under the name William Cathay on Nov. 15, 1866 (post Civil War) when she was only 22 years old.

Cathay was assigned to the 38th U.S. Infantry and traveled throughout the West with her unit. Her bravery makes her go down in history as the first documented black woman to enlist in the Army (even though U.S. Army regulations forbade the enlistment of women at the time).

I was honored to learn about this amazing woman! I stand upon her shoulders, and the shoulders of many other women just like her, who bucked the status quo and changed the course of history. My hope is to live a life worthy of their sacrifices and create a new wrung in the ladder for the next generation.

So needless to say, I had to give these women a story. The inspiration was too good not to use. And that is how three women, Henrietta, Ruth, and Abigail came to be. During a slightly inebriated game of cards, these friends make a promise that they will all find a way to serve the Union Army. And if navigating how to fulfill their promise wasn’t enough of a challenge, of course I had to toss in how they try to navigate the complicated landscape of love.

Book one, Lady of Secrets, is already available on Amazon. Book two, Lady of Disguise, will be released soon. Henrietta is catapulted down a path of intrigue, coded messages, and intelligence operations. And Ruth disguises herself as a man to fight as a Union solider.

These books were so much fun and an absolute honor to create. I hope you enjoy reading them as much as I enjoyed writing them. Happy Reading!

I understand your fascination with women serving in the army, GS. I remember reading of several women who served alongside men when I was writing my WWI novels. Such courage is hard to fathom.

Lady of Secrets by G.S. Carr ~~ Henrietta Wright is a Free Colored woman who teaches reading and writing to anyone who enters her classroom. At least she was, until a drunken night with friends catapults her down a path of intrigue, coded messages, and intelligence operations. All in service of the Union Army. She can’t tell anyone what she’s doing, including the handsome Irishman she knows she shouldn’t want, but can’t seem to resist.

Since stepping onto American soil, Elijah Byrne’s only goal has been to survive another day. That is until Henrietta burst into his life and made him want more. She was never meant to be his – her fiancé can attest to that – but she makes him long for things men like him aren’t lucky enough to have. When she asks for his help, he can’t resist tumbling with her into a clandestine expedition that could cost them everything—including their lives.