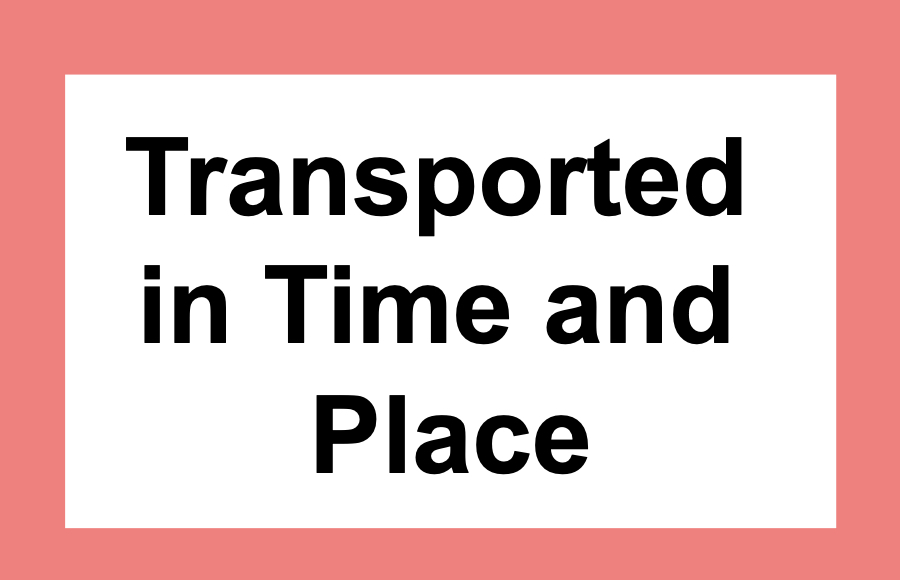 For the last year or so, I’ve invited many authors to describe how they do the work of transporting readers in time and place. Today I’m looking back on  some of those posts. 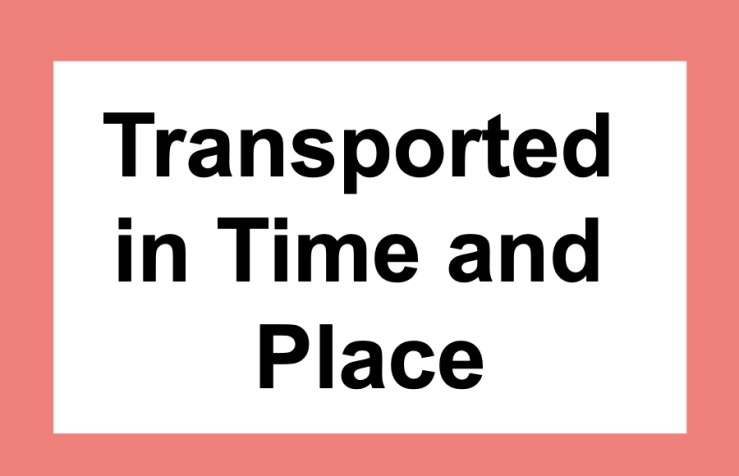 Elizabeth Hutchison Barnard on writing Temptation Rag – “A novel’s setting is not just something physical; it is intrinsically tied to the deeper meanings of a story.”

Stephanie Thornton on writing American Princess – “One of my favorite distractions while writing is researching exactly what life would have been like for my characters. For turn-of-the-century America, that often meant looking up menus and digging through grainy black-and-white pictures in online archives so I could add verisimilitude to every scene.”

Fiona Veitch Smith on writing The Cairo Brief – “Before I even start writing – and certainly during the process – I absorb myself in the music, fashion, art, architecture, cuisine, cinema and theatre of the period … for my latest book, The Cairo Brief, I signed up for a six-week online course in antiquities theft, run by Glasgow University through Future Learn.”

JP Robinson on writing In the Shadow of Your Wings – “I typically take about two days to research names that were popular in the era I’m writing about before naming my characters.”

Nicola Cornick on writing The Phantom Tree – “I’ve never been able to paint but I visualise the process of creating my imaginary world as a picture in which layer upon layer of detail is added, from the frame that surrounds it to the tiniest figure in the corner.”

Sue Ingalls Finan on writing The Cards Don’t Lie – “Free women of color in New Orleans in the early 1800s were often involved in placages, or left-handed marriages with wealthy white men. Their mothers, thanks to their own placage benefactors, sponsored grand balls to arrange permanent financial settlements for their daughters.”

Arthur Hittner on writing Artist, Soldier, Lover, Muse – Research for a non-fiction book prompted Hittner’s fiction. He “traced the living descendants of the artist, determining that the bulk of his output resided in the attics and basements of nephews and nieces, and in the vaults of an art museum in Springfield, Massachusetts. I viewed and photographed the collections of the descendants and the paintings in the museum … Along with the paintings, I’d gained access to an old scrapbook that had been lovingly maintained by the artist’s parents. Inside were yellowed newspaper clippings from the Thirties and early Forties, chronicling the young artist’s triumphs and later, his tragic demise.”

Harald Johnson on writing New York 1609 – Johnson made an amazing discovery “It’s a computer simulation of what Manhattan would have looked like on September 12, 1609—the day Henry Hudson and his crew sailed to it.”

M.K. Tod on writing Unravelled and the power of a photo: “Suddenly, there it was: a red Tonneau with just the right blend of style and uniqueness. Not only was it quirky but it fit my notion of the woman who originally owned it – a fiercely independent woman who’d never married but had had many relationships, particularly with one or two of the impressionist painters of the time.”

Sophie Schiller on writing Island on Fire – during a visit to Musée Volcanologique “On the walls are various photographs of the city when it was known as the ‘Paris of the West Indies’. The pictures reveal a town full of French colonial grace, carriages crowding the cobblestone streets, rum barrels lining the waterfront, planters in panama hats, and barefoot market women carrying baskets on their heads. Interspersed among these photographs are artifacts, including broken china, a crushed pistol, melted scissors, charred spaghetti, stacks of drinking glasses fused into misshapen columns, and a human skull reportedly from the prison.”

Elizabeth St. John drew inspiration from visits the Tower of London for her novels The Lady of the Tower and By Love Divided – “What I didn’t anticipate was the visceral reaction of walking through Lucy’s rooms, standing in her kitchen, looking through her parlor window– just as she had done. The emotional response to treading in her footsteps inspired so much of my work within The Lady of the Tower, and so many small details found their way into my writing.”

Glen Ebisch on writing Dearest David which is a novel about Henry David Thoreau – “A fairly high level of historical accuracy is necessary in order to convince the reader that he or she is actually living in that time. In addition, the author must try to recapture the concerns, the issues, and the view of life that was prevalent for people living then.”

Carol Bodensteiner on writing Simple Truth, which is a contemporary novel – Carol writes that place is as complex as a human being. “In addition to the town itself, the other most significant location in the story is the poultry packing plant … The work that goes on in packing plants may be difficult for some people to stomach. Yet it is important to know the place to understand why people choose to work there. In the plant, as in the town, the situation is complex, made more so by the diversity of countries, languages, religions, and cultures represented.”

Dana Stabenow on writing Silk and Song – “One of the most delightful discoveries during my research was The Medieval Woman: An Illuminated Book of Days, a daily diary which features illustrations from illuminated manuscripts current to the time in which I wrote featuring women…working. Yes, they are sweeping and spinning and weaving and cooking. They are also selling and painting and and laying brick for city walls and defending their castles crossbow in hand.”

Jeffrey K. Walker on writing None of Us the Same – Jeffrey focuses on finding authentic voices “Within the superstructure of solid research, we imagine our histories and we therefore have to find voices for the characters we’ve imagined placing there. By this I mean not only their dialogue, but also their patterns of thought, reactions to all manner of situations, and interactions with each other and their world. That’s the challenge in developing richly drawn, three-dimensional characters that engage readers on a deeper level than merely as historical curiosities … I bought a box of reproduction artifacts in the gift shop of the Imperial War Museum—which led me to spending several hours listening to two dozen songs listed in a Red Cross entertainment program from 1917 to literally get the sound of my character’s music in my ears. On a more practical level, this broad survey of original writing gave me a strong grounding in the slang, idiom, word choice, and level of formality used by people of the period.”

Some serendipity, many personal visits to the places of their novels, much deep digging into history and reading a wide range of non-fiction sources. All to serve the purpose of writing stories that transport readers in time and place. I’m grateful to these authors and many other who contributed to the series.