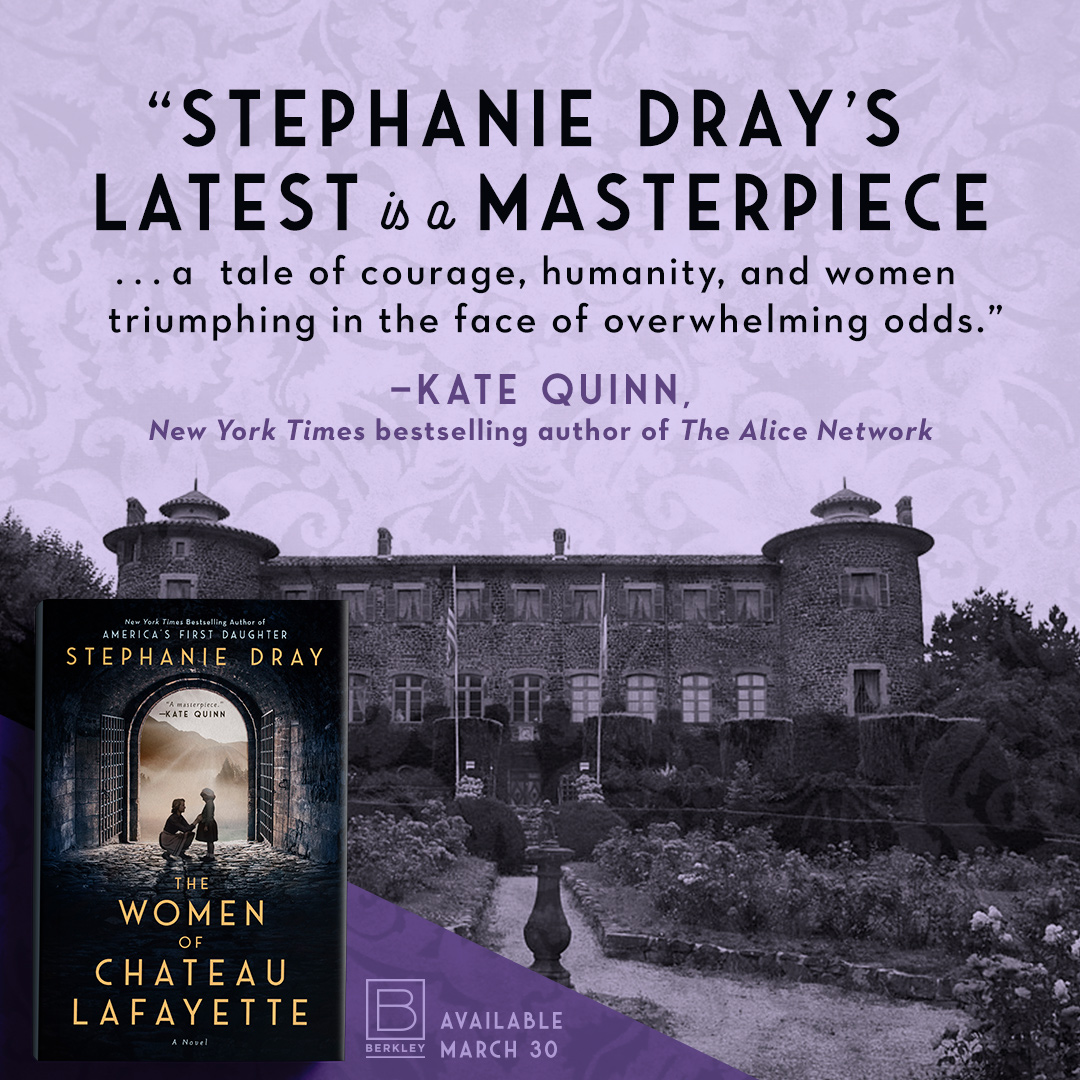 I met Stephanie Dray at a 2015 conference in Denver. She was participating in a hilarious late-night sex scene reading – a tradition at Historical Novel Society conferences. I have to get to know that woman, I thought, as I listened to her read from one of her novels and I proceeded to do just that. Stephanie’s specialty is fiction based on real women who’ve played pivotal roles in history.

America’s First Daughter is about Martha ‘Patsy’ Jefferson Randolph, daughter to Thomas Jefferson. I gave it 5 stars. My Dear Hamilton tells the story of Eliza Hamilton, Alexander’s wife who was instrumental in defining America’s founding principles. Another 5 star story in my opinion. She wrote both novels with Laura Kamoie – an amazing feat, if you ask me. Ribbons of Scarlet is a magnificent novel about the women who played key roles in the French Revolution. Stephanie wrote part one of the eight parts of this novel – a section focused on Sophie de Grouchy, an influential philosopher and an advocate of republicanism and women’s rights.

In an interview on this blog in March 2020, Stephanie reflected on her writing career and the novel she was then in the midst of writing, which I now know to be The Women of Chateau Lafayette.

“My most recent work is set in three time periods–during the French Revolution, World War One, and World War Two–all united by the singular legacy of Lafayette and the women who safeguarded his castle during three of history’s darkest hours.

Again this felt like a natural jump because a republic was on the rise during the French Revolution, and deeply threatened in both world wars. I’m always fascinated by the way women are discounted in these great movements, even though they not only contribute to them–sometimes, as my co-authors and I tried to show in RIBBONS OF SCARLET, women even start these movements.”

The Women of Chateau Lafayette, the true story of an extraordinary castle in the heart of France and the remarkable women bound by its legacy. I recommend you run right out now to buy it … or let your fingers do the walking to one of the retailers selling Stephanie’s latest novel.

Here’s a link to Barnes & Noble for the hard cover and to Kobo for the ebook.

M.K. Tod writes historical fiction. Her latest novel, PARIS IN RUINS, is available for pre-order on Amazon US, Amazon Canada, Kobo, and Barnes&Noble. An earlier novel, TIME AND REGRET was published by Lake Union. Mary’s other novels, LIES TOLD IN SILENCE and UNRAVELLED are available from Amazon, Nook, Kobo, Google Play and iTunes. She can be contacted on Facebook, Twitter and Goodreads or on her website www.mktod.com.