Defying the Holocaust by Tim Dowley 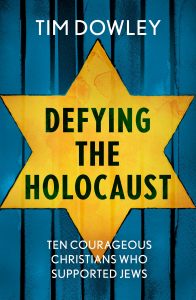 2020 marks the 75th anniversary of the liberation of Auschwitz on 27 January 1945. During the Second World War, a small number of people from many nations and denominations stepped forward with courage, ingenuity and determination to protect and rescue Jews from the Holocaust. In doing so they risked their lives, and many died. Some, such as Corrie ten Boom, are celebrated, but most have been ignored. In Defying the Holocaust, historian Tim Dowley tells ten stories of these extraordinary women and men. Tim gives us a look at one of these stories today.

How the Quaker Elisabeth Abegg avoided being arrested by the Nazis is a mystery. For her anti-Nazi opinions, she was twice forced to leave the Berlin school where she was teaching. She refused to fly the swastika from her flat, despite neighbours’ complaints. During the final three years of World War II, Abegg concealed in her flat twelve Jewish fugitives. And she was at the hub of a network of people who hid as many as eighty Jews who were attempting to evade the Nazi authorities. Yet she was never caught.

Dr Elisabeth Abegg, born in Strasbourg in 1882, was one of the first German women to obtain a university education. After World War I, she moved to Berlin where she taught history.

In October 1941, the Nazis started to deport all German Jews to the East, mostly to Auschwitz-Birkenau, where gas chambers killed up to 10,000 people every day. In order to escape,many Berlin Jews went underground, calling themselves “U-boats” in self-mocking reference to German submarines.

Anna Hirschberg, a Christian of Jewish origin, had been Elisabeth Abegg’s close friend for many years. Aged over 60, she was transported to Auschwitz, turning down her friend’s offer to conceal her. Dr Abegg faced the stark reality of the Nazi persecution of Jews.

Despite being carer for her disabled sister and their 86-year-old mother, Elisabeth Abegg began helping Jews in Berlin to find shelter, building a rescue network with friends and former students. ‘U-boats’ sheltered in her flat or in nearby empty properties. Most who knocked at her door asking for help were strangers – yet she never failed to respond.

Concerned that Jewish children in hiding were missing out on education, she started to tutor some in her home.

Elisabeth Abegg and her circle also concealed a young Jewish leader called Jizchak Schwersenz. Hearing he was about to be deported, he went underground, replacing his yellow star with a swastika. Dr Abegg gave Jizchak a valuable ring to help pay for his escape to Switzerland, using a forged passport.

Abegg’s group also protected three young Jewish children. A helper called Hildegard Knies told lively four-year-old Evi Goldstein not to reveal her real name to strangers, not to talk about her Jewish pre-school and never to mention her family. When Evi started praying in Hebrew at her kindergarten, she had to be moved away quickly.

Ludwig Collm, sacked as a teacher because of his Jewish roots, was put in contact with Elisabeth Abegg:

‘With a beating heart I rang the bell. . . But I relaxed when a white-haired lady with benign features opened the door and immediately let me in. I didn’t have to tell her much about our suffering: she already knew. . . With tears in her eyes my wife thanked her for her help. Dr Abegg demurred, saying: “We are in your debt! We have so much to atone for!”’ 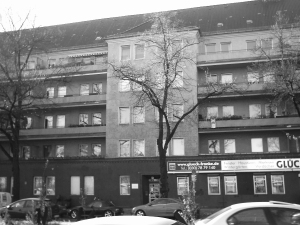 Every Friday, Jewish fugitives came to lunch at Elisabeth’s flat. ‘For two hours we could. . . forget that we no longer lived like human beings,’ one recalled.

Quakers believe in speaking the truth, yet this courageous woman lied to the Gestapo. Miraculously, her rescue activities were never discovered.

After the war, ‘white-haired and angelic’, she returned to teaching. For her 75th birthday, survivors dedicated to her a collection of memoirs. They included the tribute:

With Dr Abegg was revealed the truth that a life of love for one’s fellow human beings, together with respect for others, is the most elevated and eternal value.

Jizchak Schwersenz summed up the contribution of Dr Abegg and her associates: ‘Through their Christian faith, conviction and humanity, the people who stood by us were strong enough to face fear. . . when their neighbours were driven off on trucks and their belongings dragged away.’ 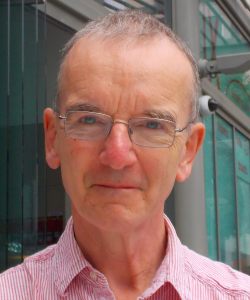 My new book, Defying the Holocaust, tells ten stories of brave men and women who dared stand up against the cruelty of the times. Some of the courageous Christians who supported Jews died for their efforts. For example Jane Haining, Church of Scotland matron at a hostel for Jewish schoolgirls in Budapest, remained in Hungary after war was declared. Arrested by the Gestapo, she was transported to Auschwitz and murdered.

Over the course of World War II, the Nazis murdered approximately six million Jews and at least five million non-Jews. They slaughtered more than one million children, many newborn or unborn.

75 years after the liberation of Auschwitz, and at a time when anti-Semitism is once again on the rise, it is vital these facts and stories are recorded and remembered.

Tim Dowley, a Londoner by birth, has written widely on history, music, religion and literature. He lives in Dulwich, south London, with his wife and three children. Defying the Holocaust: Ten courageous Christians who supported Jews is published by SPCK.

Join 1,611 other subscribers
PrevPreviousApproaching research as a child
NextTelling HistoryNext