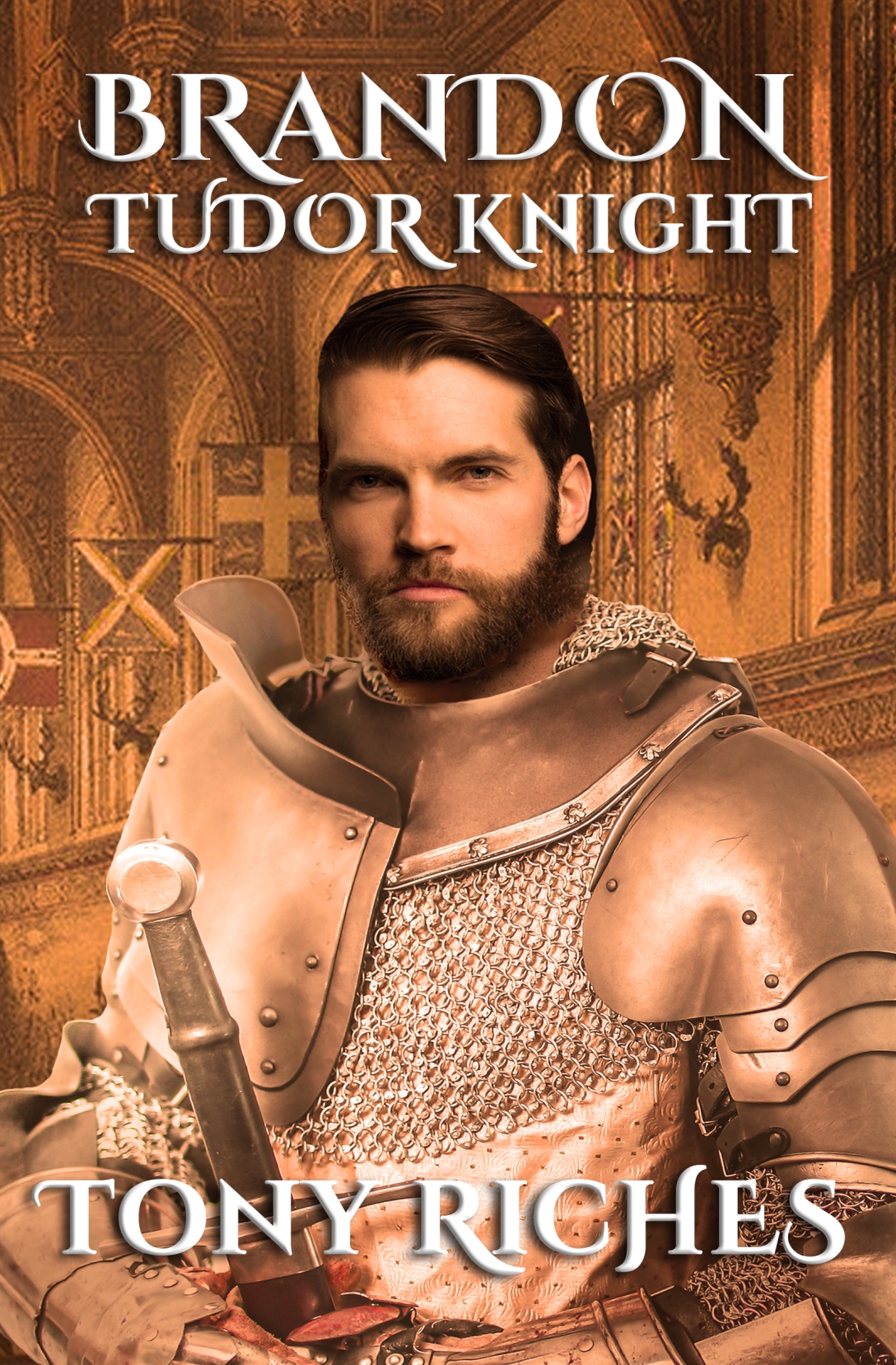 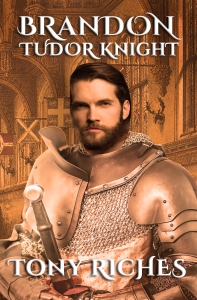 Tony Riches is a full-time UK author of best-selling historical fiction. He’s a specialist in the history of the Wars of the Roses and the lives of the early Tudors. Tony and I have never met and yet I consider him a good friend. He’s been on the blog before talking about what makes historical fiction tick, being a second career author, and how he researches locations for his novels. His latest novel is Brandon – Tudor Knight.

It all began with my research for a novel about the life of Henry Tudor, who like me was born in the Welsh town of Pembroke. I collected more than enough material for a substantial book – and discovered there were no novels about his amazing story. I think this was partly because Henry had been (mistakenly) labelled as dull and miserly, when in fact he was an extravagant gambler, who knew how to broker peace and end the Wars of the Roses.

I also discovered there were no novels about Henry’s Welsh grandfather, Owen Tudor, or Owen’s son, Jasper Tudor, who helped Henry become king. The Tudor trilogy provided the perfect ‘vehicle’ for Henry to be born in the first book, ‘come of age’ in the second, and become King of England in the third.

I’m pleased to say the books of the Tudor trilogy became best sellers in the US, UK and Australia, with the final book being the only historical fiction novel shortlisted for the highly competitive Amazon Kindle Storyteller award. (Henry was a runner up but I won a Kindle Oasis and a large bottle of good Champagne.)

The challenge I then faced was how to follow a successful trilogy. I’d enjoyed developing the character of Henry’s daughter, Mary Tudor, and realised the story of how she became Queen of France is little known. (In the TV series ‘The Tudors’ Mary was ‘merged’ with her sister Margaret – and some people understandably confuse her with her brother’s daughter, also Mary Tudor.)

I wrote Mary – Tudor Princess, which has become my best-selling book this year, then followed up with my latest book, (published just in time for Christmas) Brandon – Tudor Knight. Readers are probably familiar with Charles Brandon’s story of how he risked everything to marry Mary Tudor against the wishes of her vengeful brother, Henry VIII. What they might not know is how Brandon found himself seriously out of his depth fighting Henry’s wars in France, or that after Mary’s death he married his fourteen-year-old ward, wealthy heiress Lady Catherine Willoughby.

Now I have two ‘sequels’ to the Tudor Trilogy, with the five books forming a series providing a continuous narrative throughout the reign of the two King Henrys. Where to go next? I’m busy researching and writing the amazing story of what became of Catherine Brandon after the death of Charles. Her story deserves to be told – and leads right up to my next series, which will explore the fascinating world of the Elizabethan Tudors.

For more information about Tony’s books please visit his website tonyriches.com and his popular blog, The Writing Desk and find him on  Facebookand Twitter @tonyriches

From the author of the international best-selling Tudor Trilogy:Handsome, charismatic and a champion jouster, Sir Charles Brandon is the epitome of a Tudor Knight. A favourite of King Henry VIII, Brandon has a secret. He has fallen in love with Henry’s sister, Mary Tudor, the beautiful widowed Queen of France, and risks everything to marry her without the King’s consent.Brandon becomes Duke of Suffolk, but his loyalty is tested fighting Henry’s wars in France. Mary’s public support for Queen Catherine of Aragon brings Brandon into dangerous conflict with the ambitious Boleyn family and the king’s new right-hand man, Thomas Cromwell. Torn between duty to his family and loyalty to the king, Brandon faces an impossible decision: can he accept Anne Boleyn as his new queen?

2 thoughts on “Development of a Tudor Historical Fiction Series”