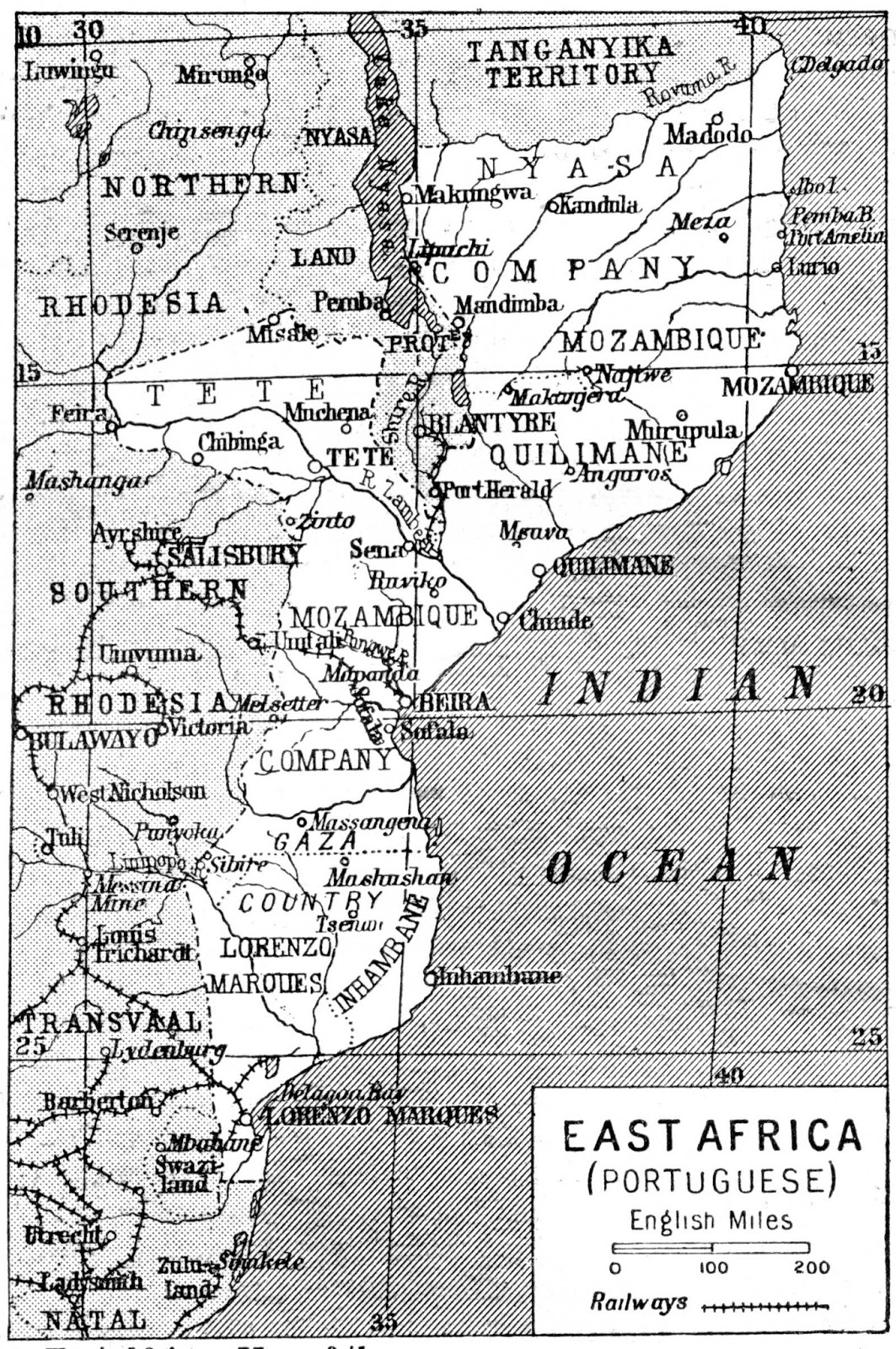 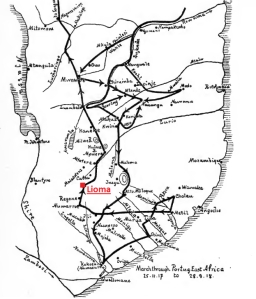 On the high seas once more on the good ship (Portuguese) “Luabo”. We are making for a point not a thousand miles from the mouth of the Zambesi! Von Lettow’s object is apparently to get across this river and get clean away south and we are going round by the coast to try and cut him off. We have called at Port Amelia and Mozambique [city] on the way. The latter is an interesting sort of place, with quite a history dating from the earliest Portuguese settlement, when their great pioneer and navigator, Vasco de Game, sailed around the Cape of Good Hope and discovered the African continent in 1498. Before him again were the Arabs, Persians and Phoenicians, whoever they may be, and the ancient forts were a scene of many a tidy scrap.

I’m showing the above map again so you can see the coastal city of Mozambique and the Zambesi River at the bottom – so you can see why Henry’s battalion is taking a ship to cut off Von Lettow.

One does not associate this part of the world with historic romance, but this coast is full of it. I would like to delve into some book on the subject and get to know more about it. 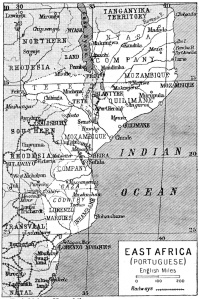 Mozambique is a long way behind Lorenzo Marques the principal port of Portuguese E.A., but it does quite a big trade both coastal and inland and in the bazaars you can buy almost anything besides native wares and produce. The bay is full of dhows of all sizes and to see them coming in reminds one of the herring fleet on the Clyde. They tell us it is not unlike Zanzibar, a place I have just missed on two occasions. The last time our ship went between the islands and Pemba but did not call. [You can see Lorenzo Marques much further south of Mozambique city.]

It has been fairly rough coming down and most of the askaris are sea sick, to say nothing of some of the other passengers. There are several Portuguese officers on board, with whom we swear eternal friendship nightly at dinner, but I do not think they are altogether pleased at our invasion of their country in the common cause. We shall doubtless have a busy time on landing but we have had no news while at sea. We are only half the battalion on board, under the Colonel; the other half proceeded us in another ship under the second in command Major Gore-Brown. We should land tomorrow.