A number of authors associated with Lake Union Publishing have banded together to host a Twitter Party – the purpose is to chat about books, writing, reading and anything else as well as giving away oodles of prizes. 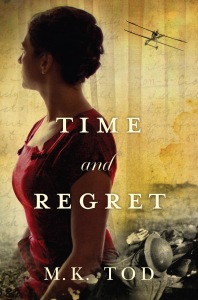 I’m giving away 3 paperback copies of Time and Regret.

When Grace Hansen finds a box belonging to her beloved grandfather, she has no idea it holds the key to his past—and to long-buried family secrets. In the box are his World War I diaries and a cryptic note addressed to her. Determined to solve her grandfather’s puzzle, Grace follows his diary entries across towns and battle sites in northern France, where she becomes increasingly drawn to a charming French man—and suddenly aware that someone is following her…

Join me and and 36 other authors for what promises to be an exciting and rewarding time. Use #LakeUnionAuthors to participate. March 7th starting at 4:30 EST.

Ever wanted to know … where writers find inspiration? how many cups of coffee we drink each day? who writes in their pyjamas? why we choose to kill characters? how much research we do? what our characters are going to do next? how long it takes to write a novel? what it takes to write great sex scenes? what’s your next novel? how do you choose a title? a cover design?

What’s my next novel? It’s set in 1870s Paris during major historical events like the siege of Paris and the Paris Commune are going on. Lots of conflict, danger, and devastation plus romance.

Those participating write a variety of genres: historical, contemporary, mystery, romance and so on. Other authors you can expect to chat with: