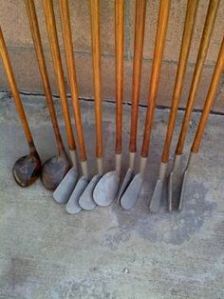 Alexander Henry Tod is back in billets this time as he writes his parents. The reference to golf is wonderful as my husband comes from a long line of golfers.

I have received your welcome letter today acknowledging receipt of the regimental badge, which I am glad you like so much. We all think our own badges are the best ever. I note with alarm Dad you lost your game of golf and hope your hand has not lost its cunning. I wouldn’t mind a game myself at the moment as we are safely back in billets and have time to turn round a bit. We are not at the same place we have been to the last two times. This is prettier and more rural but the housing facilities are not o good. However, we won’t be critical as anything is better than the trenches, which we look back on as a sort of nightmare.

Our quarters are much further away this time, which involved a long tramp from the trenches and there was a good deal of falling out from sore feet. It is a standing wonder to me how the men can stick so much of it. For the best part of two weeks they stand about in the wet and cold mud and the Doctor had several cases of chilled feet to attend to. Then they are called on to do a stiff march with a full load. Of course, there is plenty of grumbling and you have got to act the martinet to get them along the road in something like order.

We are a bonny looking lot as we come trailing along and you wouldn’t know your own son amongst them. Mud to the hair and a nondescript growth on your face. No two seem to be dressed alike. Some have goat skins; others have rubber boots and some scallywags have hardly anything at all, trudging along and dead to the world in general. It is just the fact we are going back keeps us going. This time we had a cruel disappointment as it was arranged that motor buses were to have met us almost at the point where the communication trench ends or rather begins. This of course made things seem worse. [I assume he means the buses failed to arrive.] However we soon revive in billets and the rest gets us right as rain.

I have just received a postcard, via Russia, fro Alex Kirkwood whose existence I had almost forgotten. He is a sergeant in the 7th Camerons. I saw something of the 6th Camerons in the last village we were billeted at and met an old friend from Russia in them.

Interesting to read the bits about Russia. My own research hasn’t taken me in that direction before.

First letter from Alexander Henry Tod to his parents can be found here.

The letter that follows this one can be found here.