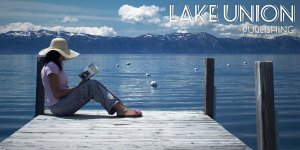 In January, I listed 6 Musings on Writing, one of which was ‘each year marks a new beginning‘. Well, as it turns out, January truly did mark a new beginning, one that I can now tell you about, because the contract is signed.

My third novel, Time & Regret has been taken on by Lake Union Publishing. As you can imagine, I am more than excited!

The folks at Lake Union have been amazing, both professionally and personally. Time & Regret has already been through their developmental edit process and will soon head into copy edit. The objective is to release it in late August or early September.

Many thanks to Carol Bodensteiner who connected me with Lake Union, to Jodi Warshaw the acquisitions editor at Lake Union, and to Jenny Quinlan of Historical Editorial who has done such terrific editing work on Unravelled, Lies Told in Silence, and Time & Regret.

24 thoughts on “A New Beginning”