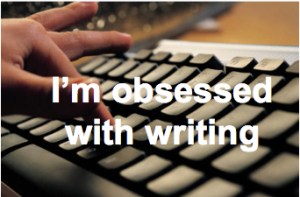 I’ve been writing full time for five years and part-time for four and the more I write, the more obsessed I become. I suppose I could use the word passionate to describe how I feel about writing, but lately the word obsession seems more accurate.

And what are the clues that tell me I’ve tipped into the obsession zone? Consider these:

Obsession – something that preoccupies a person to the exclusion of other things. Hmmm – sounds like obsession to me. Or is this how all writers behave?

15 thoughts on “Is Writing an Obsession?”