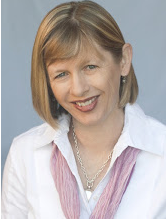 Funny how we meet people these days. To tell the truth, I can’t recall whether I met Elisabeth Storrs because of Twitter, Facebook or my blog. However at some point we were corresponding in that loose way social media enables us to and Elisabeth agreed to be interviewed. I’m honoured to have her on A Writer of History.

How did you journey from being corporate lawyer to writer of historical fiction? Why do you write historical fiction in particular?    I am a bit of a nerd, really. I have always had a great love of myths and legends so I studied Ancient History, Latin and Ancient Greek because I liked the idea of being able to read the poetry of Homer and Virgil in their own language. However, when it came to deciding on a career, I was drawn to the idea of being a lawyer in a court room. In the end I chose to study a combined degree of Arts/Law.  In that way I gained the benefits of an education that could provide both ‘enlightenment’ and a vocation.

Over the years, I’ve worked in various areas of the law but I’ve always retained my love of history and writing. Learning about ancient worlds fascinates me, and
writing about them is my way of escaping from the hassles of everyday life.  Due to my interest in the classical world, it was natural for me to choose historical fiction as a way of merging those two interests.

What do you think attracts readers to historical fiction? And to such ancient times as those of The Wedding Shroud?    Historical fiction is satisfying in so many ways. You are transported to another time and world that is completely different to your own. At the same time, you recognize that the emotions and passions that drive people’s thoughts and actions have remained unchanged.  An historical fiction reader craves knowledge as much as entertainment; whether delving deeper into well known history or being exposed to unfamiliar past times. The Wedding Shroud has a bit of both. Rome always holds allure because people are fascinated to understand how one tiny township could emerge to conquer and colonize the world. My novel takes the reader back to the nascent Republic and one of its earliest enemies, the Etruscans.

Do you have a particular approach to research and writing?    The Etruscans are often dubbed ‘mysterious’ because very little of their own literature has survived other than remnants of ritual texts. Instead what we know about them comes from the accounts of their enemies (Greeks and Romans) and their funerary art. It took ten years to research and write The Wedding Shroud which is the first book in a trilogy. It has now taken a further two years to write the sequel, The Golden Dice. Throughout this time, historians have discovered more and more about Etruria through recent archaeological digs. In other words, the goal posts keep changing. As I continue my research I’m faced with the fact that hypotheses I read about ten years ago have changed. As a result I’m constantly re-examining my characters, descriptions and plot to take this into account.

I keep a colour coded card system while I’m researching and separate these into notes on general history, interesting details and ideas for plot and character. I particularly like to use art as an inspiration for episodes in my books. In fact, the novel was inspired after finding a photo of a C6th BC sarcophagus depicting a husband and wife embracing on a divan. I knew it was extremely unusual to commemorate women in funerary art during that period so I was intrigued to find out what society would portray both a man and a woman in such a sensuous pose. The answer led me to the Etruscans.

Have other writers of historical fiction influenced you and, if so, how have they influenced you?     Mary Renault has influenced me enormously.  I remember finding The Persian Boy in the library as a sheltered schoolgirl and being shocked. It traces the last years of Alexander the Great’s life from the perspective of his eunuch, Bagoas. Quite apart from the eye opening story of homosexual love, I became totally absorbed in the lavish yet brutal world that Renault rendered through her elegant prose and intense imagery. I also admire Renault’s great knowledge of the classical world and her courage to write about the realities of those times without the need to sanitise them.

What ingredients do you think make for a top historical fiction author?    Excellent prose and the ability to weave, not impose, research throughout a book. I always admire historical novelists who instill a sense of place in their work rather than use history as a backdrop. I also like to read about complex characters whose motives and actions ring true to their times. And the plight of those characters also has to touch the reader in a compelling way. Dramatic tension is all important.

You are recently published. Can you tell us a bit about your publishing journey?    I always wanted to be a novelist from a young age but it wasn’t until I had my own children that I realised I needed to do something positive if I was to achieve my dream. So I set aside two hours to write every week by hiring a school kid to babysit my sons.  As my boys grew older, I was able to find more time to write short stories and novels. Overall it took four years to complete the first version of The Wedding Shroud. Then after numerous rejections, I re-wrote it completely with a different style, voice and altered plot. Still no luck! It took another three years of editing before my agent managed to negotiate a contract for me with Pier 9 Murdoch Books.

What techniques do you employ to write productively?    I set aside a time, date and place to write. I also try to block out social media during those periods.

Are you trying to develop a brand? If so, how would you describe it and how will you reinforce it?    I’d never thought of establishing a ‘brand’ as such. I’d prefer to think I’m striving to gain a reputation for writing quality historical fiction that demonstrates a serious commitment to research. My books will have to speak for themselves in order to achieve this goal. I will be releasing The Golden Dice next year. I hope readers of The Wedding Shroud have felt engaged enough with my characters that they will want to read more.

What do you do to connect with readers?    I am active on Twitter, Facebook and Goodreads  although my favourite social medium is Twitter. It’s like diving down the white rabbit’s hole. I’ve connected with wonderful people there.  My blog, Triclinium, is where I post interviews with other historical novelists on their sources of inspiration. I provide interesting details from my research there, too. I have also co-founded the Sydney Chapter of the Historical Novel Society which welcomes readers and writers to discuss historical fiction on our Facebook group. Feel free to join, it’s not just for Australians!

What do you know about your readers?    I am an Australian author but ironically my biggest readership seems to be in North America. From reviews and comments, I sense my readers enjoy exploring a relatively unknown ancient society. They also seem to appreciate that I have tried to establish authenticity through my research. The lack of ‘black and white’ characters seems to hold appeal as well. My protagonist, Caecilia, is not entirely likeable so readers need to be prepared to be patient with her journey.

What data do you collect about your readers?    I don’t collect data other than the number and geographical location of viewers to my blog. I also like to keep track of reviews. It’s good to gain an insight into what readers liked or disliked about The Wedding Shroud so I can use the feedback to hopefully improve my writing.

Marketing and promotion is vital but it’s the creation of a back list that helps an author retain a readership. This is particularly so given the brave new world of digital publishing. Instead of going out of print, a book can remain with its cover displayed on a virtual bookshelf for an indefinite period. This gives readers a chance to access an author’s earlier novels after reading a current one.

What would you do differently if you were starting again?    Another difficult question! Strangely enough I don’t think I’d change how I approach writing a novel. Life is so hectic, I doubt there is any better way than making a date in your diary to write then actually putting pen to paper.

Do you have any advice for writers of historical fiction?    Enjoy your research but don’t let it dominate you. And follow the the 3 ‘P’s of writing – passion, perseverance and most of all – practice!

Many thanks for your thoughtful responses, Elisabeth. You don’t sound like a nerd at all! I admire your ability to dig so far back into history to tell the story of The Wedding Shroud and I think many readers will admire your determination to persevere on a ten year publishing journey. Such an accomplishment.

The Wedding Shroud – A Tale of Ancient Rome by Elisabeth Storrs.

In 406 BC, to seal a tenuous truce, the young Roman Caecilia is wedded to Vel Mastarna, an Etruscan nobleman from the city of Veii. The fledgling republic lies only twelve miles across the Tiber from its neighbour, but the cities are from opposing worlds so different are their customs and beliefs.

Leaving behind a righteous society, Caecilia is determined to remain true to Roman virtues while living among the sinful Etruscans. Instead she finds herself tempted by a mystical, hedonistic culture which offers pleasure and independence to women as well as a chance to persuade the gods to delay her destiny. Yet Mastarna and his people also hold dark secrets and, as war looms, Caecilia discovers that fate is not so easy to control and that she must finally choose where her allegiance lies.

Exploring themes of sexuality, destiny versus self-determination and tolerance versus prejudice, The Wedding Shroud is a novel that vividly captures a historical time and place while accenting the lives of women of the ancient world.

The Wedding Shroud is currently available to purchase on Amazon http://www.amazon.com/dp/B008PHH7W4 or via Elisabeth Storrs’ website http://www.elisabethstorrs.com/buybooks.html .